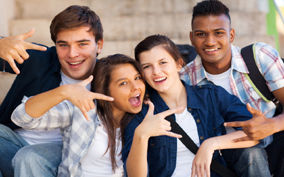 Adolescence is a transitional stage of physical and psychological development that generally occurs during the period from puberty to legal adulthood (age of majority). Adolescence is usually associated with the teenage years, but its physical, psychological or cultural expressions may begin earlier and end later. For example, puberty now typically begins during preadolescence, particularly in females. Physical growth (particularly in males) and cognitive development can extend into the early twenties.

How to watch for my. Childs Developments?
How do i feed my Baby ?
Tell me more about Immunization ?
Some General Instructions?
When Do I Contact my Doctor?
Do You have any Query ?